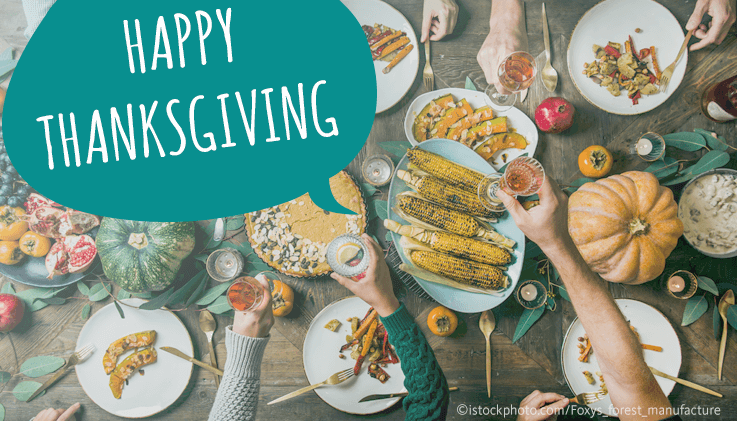 Hosting a Thanksgiving dinner for friends and family? There's a lot of hustle around it as you want to treat your loved ones' to a tasty meal they will remember for years to come. Not to worry. Let AI take away half of the burden. Together with AI, you can create delicious delicacies for your dear ones this Thanksgiving.

Researchers from MIT's Computer Science and Artificial Intelligence Laboratory (CSAIL) came up with the idea that analyzing food pictures from social media feeds could help us find recipes. These researchers presented their research paper, "Learning cross-modal embeddings for cooking recipes and food images" at the Computer Vision and Pattern Recognition conference in Honolulu.

The team created an artificial neural network called Pic2Recipe that has been trained to recognize food from more than one million recipes. The neural network takes a good glance at the photo of food, predicts the ingredients and suggests similar recipes. The data set of more than a million food pictures is being used as an input for the neural network. Recipes from Food.com, AllRecipes.com or even food images by humans are the feed for this neural network. It is the world's largest publicly available collection of recipe data, and it's growing as more and more people upload images.

See Pic2Recipe in action in this video:

Pic2Recipe is much more than only about recipes, say the researchers who brought it to existence. Researchers want to understand people's eating habits, with an eye towards cultivating the practice of having healthier diets. They want to get new insights into how diet affects people's health. This implies that the neural network looks for the nutritional value of the food as well. This helps researchers understand the kind of food people are consuming these days, and, at the same time, people get to know what's good for them.

The MIT researchers are not the first team to experiment with using machine learning and artificial intelligence to identify food in photos. In May of last year, the virtual image saving and sharing social network Pinterest revealed a new "dish recognition" feature that can broadly identify types of food in a photo. This feature will find you a recipe with just a click of your smartphone's camera. This feature rolled out by Pinterest was an all-new experimental technology from within the app. Dish recognition is an extension of this tool and technology.

There have been apprehensions that the feature is inspired by a fictional app showcased in the Season 4 of Silicon Valley, the show on HBO. The app is called See Food and it's famous as the "Shazam for food". Pinterest neither officially acknowledges its Shazam tagline nor the fictional app. The platform told The Verge that there is no similarity between its real feature and the fictional app.

In order to use Pinterest's dish recognition feature, you need to open the app and then click the camera icon on the upper right corner, which opens up the camera in your Pinterest app. When you point your smartphone's camera at a food item, either of a real food item or take food pictures from your picture gallery and snap a picture by touching the screen, Pinterest suggests words related to what you're looking at. The camera icon is then replaced by the picture you took and little floating text bubbles of similar terms appear under the search bar. For example, taking a picture of corn pops up terms like "red corn", "cob", "grilled corn", "sweet corn" and so on.

With MIT's neural network and Pinterest's dish recognition feature, you're all geared up for the big feast. What about the topics of conversations to make Thanksgiving memorable? AI allows automatically picking up relatively friendly conversation starter topics for Thanksgiving dinner to avoid one deviating into tense family discussions, according to participants in a survey in the United States. Isn't that an add-on to your Thanksgiving celebration?

"Thanksgiving Day is a good day to recommit our energies to give thanks and just giving." ~Amy Grant

Thanksgiving is all about fun, food, togetherness and gratitude. So, get together with family and friends and enjoy the food. But as your guests smack their lips enjoying the recipe you made with the help of AI, don't forget to thank AI. Happy Thanksgiving!